Stacey Summers, founder of Poppy Pro Productions recently produced and directed the award-winning documentary short, Dear Cancer, Love Stacy. She is currently working on the riveting and off-beat comedy production, Krazy Meets Karma. In 2013, she created, produced and directed her first film, Unbreakable Threads, an inspiring documentary about today’s ever-changing families, for which she was awarded a Houston Arts Alliance grant.

Prior to expanding her passion into film, Stacey worked in education for many years and wrote two books, H is for Houston, A Photo Tour from A to Z and Lila’s First Tea Party, A Lovely Garden Affair from A to Z.  She was a selected author at Houston’s Local Literati in 2013. In her spare time, she enjoys practicing yoga, Chinese brush painting and watercolor, and has exhibited works at Houston’s Annual Chelsea Brush Painting Show.

Stacey was born in Brooklyn, New York, and has lived in both San Francisco and England for many years.  She is married with three daughters and resides in Houston, Texas.

Originally from Detroit, Michigan, Vincent Drabik studied broadcast production at Specs Howard School of Broadcast Arts. He has been a control room director since 2008. Vincent currently directs Houston Life as well as newscasts, talk shows and other special projects at KPRC Channel 2 in Houston, Texas. He has been a control room director since 2008, having worked for FOX, NBC, CBS and CW.  Vincent has worked in video production for more than a decade, including control room technical director, camera operator, grip, production assistant, audio operator, camera assistant, editor and/or general on set utility.

While Vincent enjoys directing in the control room, his real passion is in the creation of fiction narrative and documentary film. His short film, Three Little Pucks, was an official selection at Worldfest Houston and The All Sports Los Angeles Film Festival. His romantic comedy feature film Dealbreaker is currently in production. 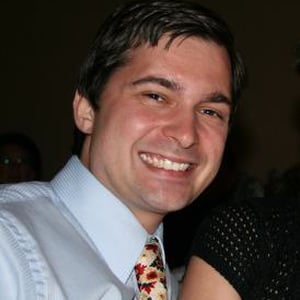